What is National Defense Academy (NDA)?

National Defense Academy is the joint service academy of Indian armed forces where cadets of the three services, Army, Navy, and Air Force train together before they go on to pre-commission training in their respective service academies. The NDA offers permanent commission as per the service policy. Doon & Defence IAS Academy offers the best NDA Coaching In Dehradun

NDA is located in Dehradun, Uttarakhand. It was set up in 1954. It is spread over 6500 acres with a total built-up area of about 3,00,000 square meters. The NDA has a dedicated Air Field at Tigri for training young cadets in flying activities, which includes paragliding and solo gliding. A Cadet (under training) holds the rank of Subedar Major(SM-Army), Sub-lieutenant(SLT-Navy), and Flying officer(FO-Air Force). General K M Cariappa was appointed the first commandant of NDA. February 10 is celebrated as 'Founder's Day every year to commemorate the day when the first batch joined the academy in 1954. The Cadet wing consists of 8 companies each consisting of 4 troops and an HQ troop with a company commander and company second in command respectively above troops.

The NDA entrance exam is a pre-requisite for the preparation of IAS, IPS and IFS aspirants in India. The great emphasis on leadership development, and ethical and social responsibility ensures that the bureaucrats of tomorrow do not suffer from moral and ethical bankruptcy. Doon IAS Academy develops students by applying good study ethics in our coaching so that they do not feel demotivated at any stage of their UPSC preparation. We strive to instil self-confidence in students because passing the Civil Services Examination requires confidence in oneself.

The UPSC NDA Exam is divided into two stages for candidate selection. The written exam and the SSB Round are the two steps of the examination. The entire selection process is of 1800 marks. Both stages are 900 marks each, and the final selection will be based on how well you do in each of them. It is vital for students to best NDA coaching in Dehradun after 10th to increase the chances of their selection.

This subject carries a weightage of 300 marks and you will be allotted 2.5 hrs to solve this section. The question will be objective-type multiple choice questions and you are not allowed to use a calculator or mathematical or logarithmic table to answer these questions.

Topic-wise Distribution of Questions in Mathematics

Given below is the breakdown of questions for Mathematics.

General Ability Test carries a weightage of 600 marks and you will be given 2.5 hr to attempt this section. This section is divided into two parts i.e. English Language (Part A), and General Knowledge (Part B).

The SSB method is divided into two stages: stage I and stage II of the selection process. Only those candidates who pass stage I will be allowed to take stage II. The following are the specific details:

(a) Officer Intelligence Rating (OIR) tests are Picture Perception Classification Tests in Stage I. (PP&DT). Candidates will be shortlisted based on their results in both the OIR Test and the PP&DT.

(b) Interview, Group Testing Officer Tasks, Psychology Tests, and the Conference make up Stage II. These tests take place over the course of four days.

Three separate assessors measure a candidate's personality: The Interviewing Officer (IO), Group Assessment Officer (GTO), and Psychologist. Each test does not have its own weighting. Assessors only award marks when considering the candidate's overall results in all of the exams.

Candidates must appear for the SSB Interview rounds after passing the NDA written test. 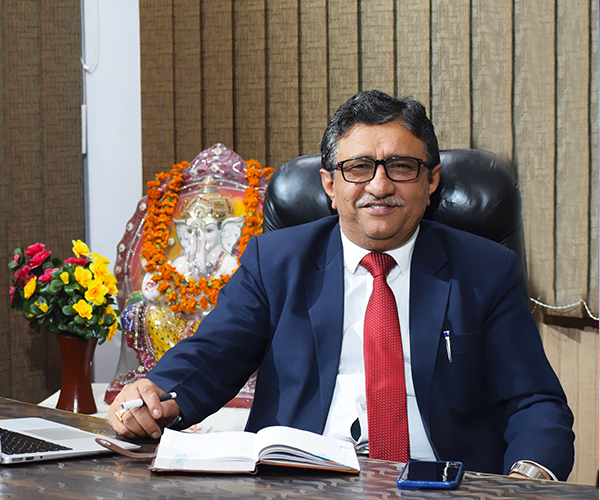 Aim Of Our NDA Coaching

We are committed to providing our students with holistic and value-centric coaching in Dehradun. We have a team of some of the most experienced and skilled faculty who provide individual attention to each and every student from admission to the time they pass out.

Our entrance exam study materials are the perfect blend of easy and authentic learning by our experts. The notes are formulated keeping the needs of school students in mind. We ensure that you do not have to struggle to remember the topic-wise important points even during the exam. Recognized among the top 10 NDA coaching in Dehradun, the Academy ensures that the bureaucrats of tomorrow do not suffer from moral and ethical bankruptcy. We lay great emphasis on leadership development, ethics & social responsibility. The Academy trains our cadets in management, marketing, salesmanship and political science. They are trained to be ideal bureaucrats and leaders in all walks of life.

The eligibility criteria for NDA is the following: Candidates should be between the age of 16.5 years and 19.5 years to be eligible for the exam.
The National Defence Academy or NDA is India's premier defence educational institution, designed to train and educate national military personnel. The NDA conducts two-year courses for admission to the Indian Army, Air Force and Navy wings of the academy. The INAC Course is conducted twice a year by the Indian Naval Academy.
Yes, 12th pass candidates from any stream are eligible to apply for National Defence Academy (NDA).
In order to pass the NDA examination, a candidate must secure at least 25% marks in each subject. The candidates who clear the written examination are called for an SSB interview.
All the candidates, who join NDA will spend three years in the course. The students are awarded a graduation degree from JNU or Delhi University.

Our NDA foundation course in Dehradun offers aspirants a chance to get acquainted with the examination pattern & gain the necessary skills required to crack the NDA examination.

The classes are taught by some of the most experienced & well-known teachers of Dehradun who have an excellent track record for infusing discipline & knowledge in their students.

This six-month foundation course is for students who have cleared the class X & XII examinations and are interested in taking their career a step further by joining the Indian Armed Forces.

At our NDA coaching centre in Dehradun, you can continue your normal school classes along with the foundation course. This will help you to score well in your examination as well as get prepared for the upcoming NDA exam.

You will be provided extensive training on theory as well as SSB training so that you can face the challenges ahead of you with confidence and compete with others on all Indian levels.

We will help you cultivate the mindset & foundation in a competitive environment you will need to tackle the NDA examination with confidence. Our study materials are designed by experienced & expert faculty members. Many students have cleared the NDA examination under their able guidance.

The following will be covered in our NDA coaching in Dehradun:

In order to carter the needs of a growing mind, the following facilities are offered at our NDA coaching centre:

The NDA foundation course is 6 monthly course where you will be taught all the basics of theory & SSB training. This course will help you to move forward in life with confidence & achieve your goals.

This course is offered in both online as well as offline modes.